In the early 1970-s, new methods of treatment started filtering through to the Soviet Union. These mainly were methods of ancient oriental medicine — reflexotherapy (needle reflexotherapy, acupuncture), which was then known as zhen-jui method.

Reflexotherapy (as you can see from the term) is a part of the treatment concept based on the principle of reflex — the most universal mechanism of nervous activity.

One of the main reasons why this method of treatment became so poplar was that it allowed treating diseases without medications or significantly reducing the use of medications.

Another important thing here is that with professional treatment there are no side-effects, while most medications cause them.

Such approach is only successful when applied by professional acupuncturists, but even in this case it does not guarantee 100% result. Self-treatment is, of course, out of the question.

Using reflex mechanisms for self-treatment is a very good idea. And it can be used for treatment of nearly all diseases. As any irritation is transmitted in our body in the form of nerve (electrical) impulses, it should be possible to make a universal “electrical” pill, why not? That is what Alexander Karasev was thinking about in 1972.

The first device consisted of an engine (taken out of a children’s toy) with contact breaker. The engine broke the contacts, which were connected to the transformer with battery (like magneto in a tractor). The transformer was connected to the electrodes. Impulses, which were generated by contact break (self-induction) were close to the nerve impulses. When the electrodes were placed on the skin in the area of pain sensations you could achieve pain-relief effect. This device was the ancestor of all TENS devices (devices for pain-relief).

With time, the toy engine was replaced with generator, the contacts were replaced with electronic switch, and the transformer was left as it was. This is how a TENS was born. And all TENS devices are still made on the same principle. 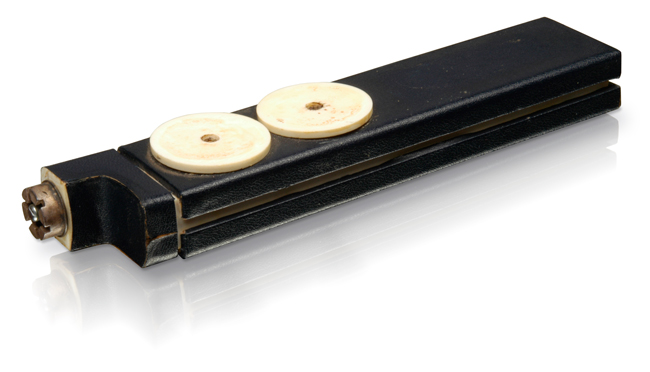 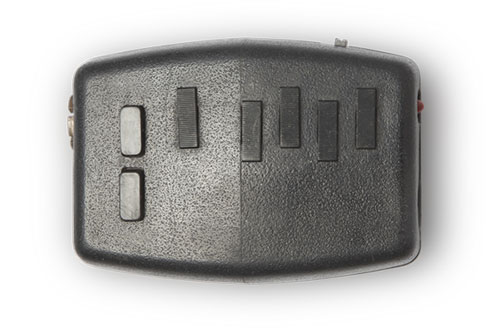 This model was already made with digital chips.
Analog controls for energy and frequency regulation were replaced with two buttons — “increase” and “decrease” of energy level and the frequency was set with discrete switches with binary coding. The initial frequency could be increased from 1 to 16 times as much.
For the casing of this device two parts of the electric shaver “Mikma” casing were taken and joined together.